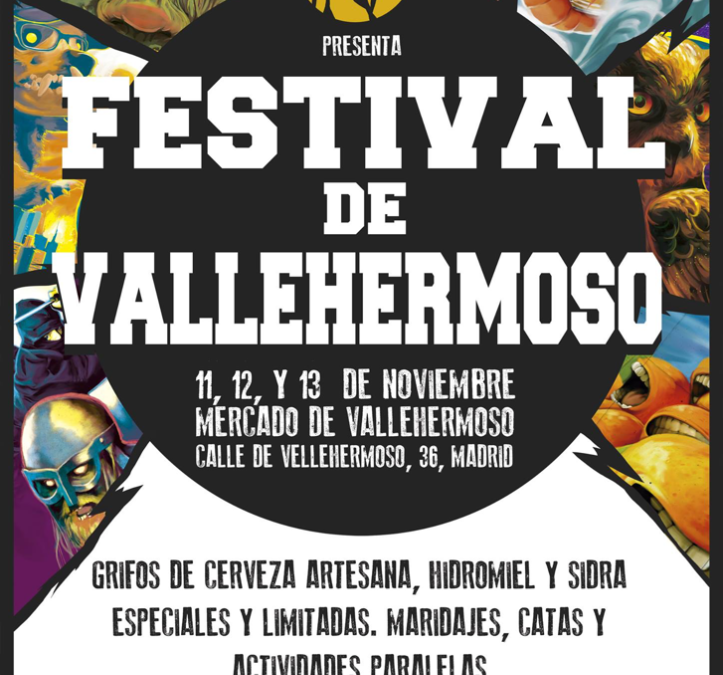 Some will remember, four years ago, the one we bundled in the San Fernando Market with the anniversary of Cervezorama. Those were other times, of course. That day 60 barrels fell in an act of combat. Many unpublished by the forum. Although now the availability of beers in stores is much higher, and more difficult to surprise, we still love the market format. So, neither short nor lazy, we bundled it this time at the Vallehermoso Market on November 11, 12 and 13.

A wonderful traditional market, completely renovated but preserving the flavor of the traditional food markets. Part of our culture that should not be missed.

The concept is simple and not invasive. We will be interspersing beer taps between the stalls. In some cases we will enter those positions. We will propose pairings, parallel activities and try normal, different, blonde, red, black, toasted, bitter, sweet beers, beer ice cream ?, ciders, meads, tastings …

Of course collaborating with those who are defending the beer culture from there: Drakkar, La virgen, Prost …

Around here a small outpost, of what can be done. We will continue to report:
From Drakkar they propose, among others, a click of Reptilian beers, their new creations, and the limited collaborations that have been brought from the United Kingdom.
La Virgen offers us, in addition to her usual great beers, a couple of taps of Californian beers to embitter the staff.
From Prost, punctured by Naparbier with some of its novelties and timeless classics.
At Kitchen 154, one of the leading gastronomic stalls, you can pair Dougall’s Raquera with a dish served ad hoc.
Like in Washoku, the place of Japanese food, you can harmonize the beers of Cervezas Medina, including a spicy one, how not?
Luis Vida, winemaker, sommelier and creator of the blog The wrong cup. You will have a beer and wine tasting, looking for the fuzzy limits of these two exciting worlds. Why give up on one? for 20 euros at 12:00 on Saturday.
And the people of Hop cream will refresh the atmosphere, bringing us their delicious varieties of beer ice creams and, just for the occasion, a great ice cream with one of our collaborations, guess which one?
In the common spaces you can find several more themed bars, where you can have all kinds of beer served by professionals, with adequate glassware and the best service.

If the plan appeals to you, stay tuned, we will continue to inform you.