Good morning everybody! November is here and Christmas holidays are around the corner. Today we are going to tell you about Sackman: who they are, where they come from, their philosophy and their delights.

Sackmanis a little distillery located somewhere in Spain where they craft in stills what they call “Sackman’s soups” and he, Sackman, selects malts and supervise the distillates.

As it is said in their webpag (http://sackman.es/), Sackman is a character related to spanish folklore, what we call el Coco or El Hombre del Saco, and  Bogeyman or Sackman in other cultures. We usually imagine him as man who kidnaps children during the night. At the same time, we use this term when we speak of that thing someone feels an irrational fear to. So, it can be said we all have our own Sackman. Here’s where Sackman’s philosophy begins, what do you fear?; if you were not afraid, what would you?; what would you be capable of? This is their philosohy: daring.

” One day, Mr. SACK y Mr. BOEGY decided to take action and begin a project they thought of 25 years ago. Frightened and lovingly, they went in depht into the soul’s beverage”, this is how they narrate the birth of Sackman: daring and taking risks. Today, Sackman brews beer, whisky and Moonshine.

Firstly, the beer. A Barley Wine craft beer barreal aged in port barreal and another one of whisky. 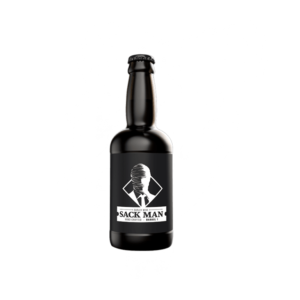 Secondly,  whisky single malt barrel aged during 10 years in Pedro Ximenez barrels, and then, one more year in Kentucky Bourbon barrels. A limited serie of 666 unique bottles, of which Yria has some, which you have already available in the online shop: https://www.cervezasyria.com/producto/sackman-whisky/ 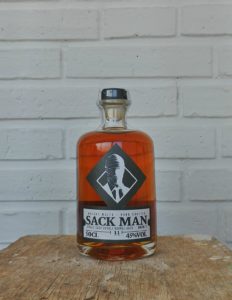 Lastly, Moonshine, named after the english smugglers and the ilegal liquors from the Appalachians that they brewed and distributed clandestinely in U.S.A. durinf the Prohibition (1920-1930). Moonshine is a distillate of smoked malt and barrel aged during three months in a Cognac barrel.  The composition is the same of the whisky, and it can be said that this is a whisky with no barrel. 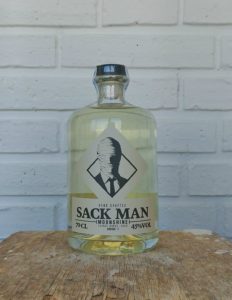 This is also a limited serie of 500 bottles, of which Yria has some for you too. They are available in the online shop as well:  https://www.cervezasyria.com/producto/sackman-moonshin/. 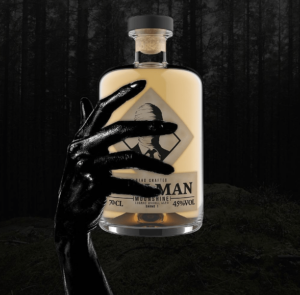