Dear readers, who read us with burning enthusiasm! After catching your attention with the 1st Mini Fest at Chinaski Lavapiés, we want to surprise you again. Today, we introduce you to a Canadian brewery: Dieu du Ciel!

The reason why we write a blog post about this Canadian brewery is… (drum roll) …¡¡¡They will be with us soon in flesh and bones and bottles!!! Today we are going to tell you about the deeds of this brewery, so you get to know them a bit.

Our story begins in 1991 at Jean-François’ home, who developed his passion and interest in beer and brewing as a career by brewing experiments. But it wouldn’t be until 1995 when Jean-François met Stephane Ostiguy during a research project at the Armand-Frappier Institute. And voilá! On the eleventh of September, 1998, they open a pub called Dieu du Ciel! In Montreal (Quebec, Canada). Here you have some photos of the pub, so you can imagine it: 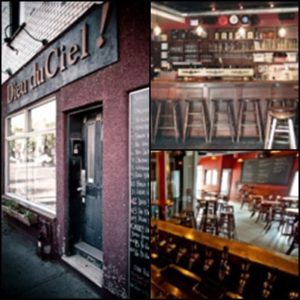 Since then, they have been only growing, creating Dieu Du Ciel Microbrery Inc. Located at St. Jerome (Quebec, Canada). Then, they unite forces with Luc Boivin (an electro-mechanic with impressive home-brewing) and Isabelle Charbonney (marketing). In St. Jerome, they started brewing their own beer, which as first served on 2008. They continue growing to this day, developing their passion for the craft beer and sharing it with their Community and through international expansion as well.

Their selection of craft beers is quite wide: from Sentinelle (Kölsch, a german Pale Ale), Moralité (American IPA), their Imperial Coffe Stout Péché Mortel or one of their most cheered beers Aphrodisiaque (Cocoa & Vanilla Stout). 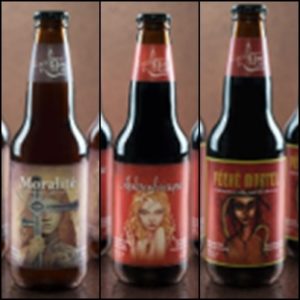 Well, enough for today. Yes, you read that right. We have not finish yet, we have more wonders to tell you about these Canadian. See you in the next post.